What are the benefits of Karate? 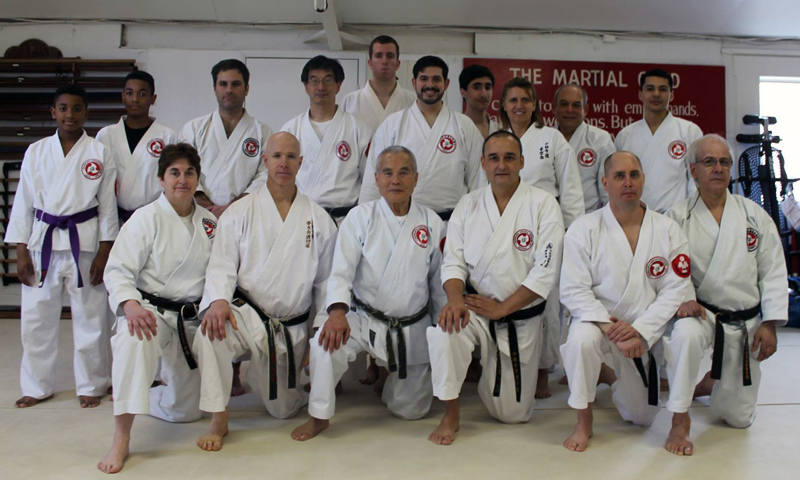 During the first week of March, Sensei Jason Romer of the the Seishinjuku Karate Dojo BGrisbane visited the United States in order to train and Grade with our Shorinjiryu Kenyukai Watanabe Ha Federation counterparts.

The visit consisted of a week of training at the Island Budokan Dojo based on Long Island New York, under the guidance of Shihan Dan Hayes, then a clinic at the Honbu Dojo in Baltimore Maryland, with Chief Instructor and Grand Master Kaicho Watanabe Sensei.

The week was a tremendous success with many areas of the syllabus covered at a high level of intensity. The visit culminated in a clinic and Grading where Sensei Jason was awarded the rank of Yodan – 4th Dan Black Belt.

A big thank you to Shihan Dan Hayes for his kindness and hospitality, Sensei Ian and Sensei Eddie for their tremendous assistance as well as Kaicho Watanabe for his continued inspiration.

Celebrating another anniversary at our Dojo in Bardon Brisbane