The evolution of Shorinjiryu Kenyukai Karate-Do

One of the chief proponents of Shorinjiryu Karate Do, and a leading disciple of Shinan Kori Hisataka, is Shihan Shunji Watanabe, 9th Dan, chief instructor and president of the Shorinjiryu Watanabe-Ha Karate-Do Federation.

Shihan Watanabe was born in Japan in 1938, and began his martial arts instruction with Shinan Kori Hisataka in 1955 at the Hombu dojo in Tokyo.  He was promoted to Shodan in 1958, and most recently promoted to shichidan in 1985.

The essence of our style is best summarized by the motto of Shorinjiryu Karate: Doku Ji Gyo Sei Ki, which translates to The Spiritual Development of Individuality in Mind and Body.

Shorinjiryu Watanabe-Ha Karate-Do is the evolution of Shorinjiryu Kenyukai Karate-Do, founded by Kaicho (President) Shunji Watanabe, recognizing his more than half a century of training and dedication to the original techniques taught by Shinan Kori Hisataka.

The Seishinjuku Dojo is proud and honoured to be the sole representative of the Watanabe Ha Federation in Australia, through our endeavours hope to epitomise the core values of the style. 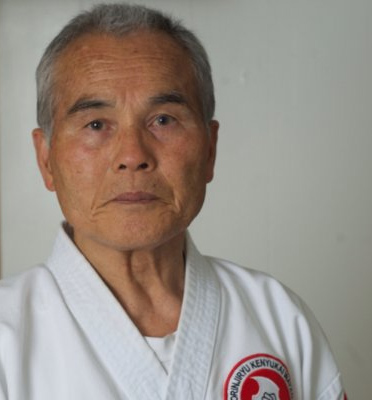