Kihon Waza
Kihon Waza includes the basic techniques which provide the foundation for Karate Do. Kihon Waza are practiced regularly by students of all ranks, and are considered the cornerstone of training.

Kata
Kata are sequences of karate techniques developed as a method of training when alone, and as a vehicle for preserving and teaching the essence of a particular style of martial art.

Fukushiki Kumite
Fukushiki Kumite  refers to a number of pre-arranged fighting forms regularly practiced. The number and complexity of movements increase with more advanced kumite. Practice begins slowly and deliberately, striving for proper technique. Once the basic movements are learned, the students focus on proper distance, target and timing. Eventually full speed and force are applied, allowing students to simulate a full contact contest with minimal risk of injury.

Shiai
Shiai means contest, and refers to the practice of free-fighting in Shorinjiryu Karate.

Shiai allows each contestant to experience the thrill, apprehension, pain, and uncertainty of a full contact fight, utilizing the bogu to prevent serious injury. The student is able to see which techniques are effective and which are not. Each participant learns to face the fear of conflict; and develops their stamina, skill and courage. Good sportsmanship, respect, and camaraderie among the contestants is strongly emphasized.

Buki-ho
The primary traditional weapons used in Shorinjiryu Karate are the Bo and Sai. Traditional weapons originated with the use of farm tools and other items commonly available to the working class in Okinawa for self defense purposes against the sword and spear. Okinawan farmers were not allowed to bear weapons, and were, by nature, a peaceful people. They survived aggression by using their bodies and tools as weapons.

Shinan Kori Hisataka was initially trained in his family’s style of kobudo (weapons training). When his father died prematurely, Kanagushiku Ufuchiku was asked to continue his kobudo training. Shinan Histaka later refined his style of kobudo by incorporating elements of Okinawan kobudo techniques with elements of Chinese martial arts he learned while studying Shorinji and Hakkyoku kempo in China. 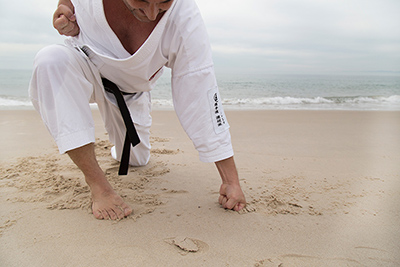 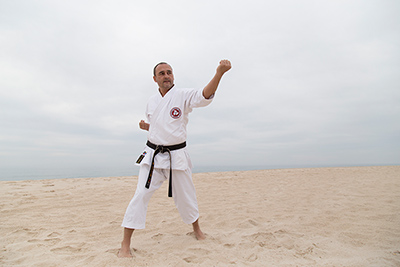 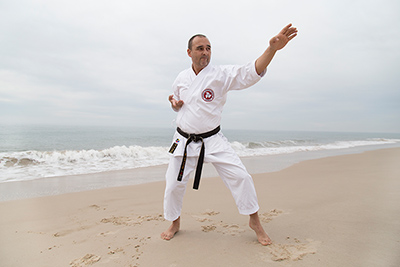 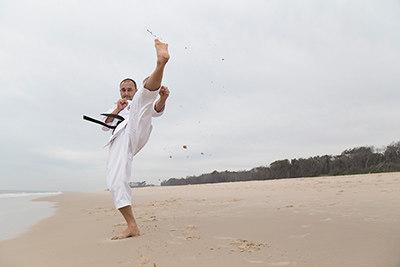